Home » Escapee Apprehended by WCSO, Others Arrested on Burglary and Assault Charges

Escapee Apprehended by WCSO, Others Arrested on Burglary and Assault Charges

Douglas Mitchell Threet, age 31, of Florence, AL, was arrested on multiple charges on Sunday, May 8 after allegedly committing burglary and theft on May 6, and then evading police and escaping from a patrol vehicle on May 7. The reports stated that on Friday, May 6, Threet and three accomplices allegedly broke into a building on Upper Factory Creek Road and stole items valued at an estimated total of $18,608.00. The following day, Saturday, May 7, State Trooper Phillip Long observed Threet’s vehicle, which had been placed on a BOLO (Be On the Lookout), in the parking lot of Quigley’s Store on Highway 13 South. Trooper Long initiated his blue lights and ordered Threet to toss the keys out of the vehicle. Threet allegedly failed to obey Trooper Long’s orders; instead, he fled in the vehicle and after a brief pursuit, crashed out on Mill Branch Road. After the crash, Trooper Long allegedly found a large amount of methamphetamine on the ground outside Threet’s vehicle, and more meth, scales, baggies, and a glass pipe inside the wrecked vehicle. Threet was placed under arrest at that time and put in the back seat of a Wayne County Sheriff’s Office patrol vehicle, but managed to escape from the patrol vehicle and ran into the woods. After an hours-long search, Threet was apprehended at approximately 8:30 a.m. the following morning, May 8, as he emerged from the woods and began walking up Middle Butler Road. Threet was taken into custody and charged with burglary, aggravated burglary, theft of property, reckless endangerment, driving on a revoked license, evading arrest, refusing to obey officer’s commands, manufacture/delivery/sale/possession of methamphetamine, possession of drug paraphernalia, and escape. He was booked into the Wayne County Jail on $205,000.00 bond. 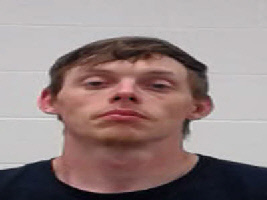 Tracy Irene Barker, age 49, of Waynesboro, was arrested on Monday, May 9 on multiple burglary, theft, and trespassing charges after entering three vehicles and two residences without the owners’ permission on the same night. Barker allegedly entered one vehicle at a residence on South High Street and looked through it before going into the residence and taking garbage bags from a pantry. Barker allegedly fled the residence when the owner, who was home at the time, yelled for her to get out. Barker later allegedly entered a GMC Yukon parked at a residence on South Main Street and stole a pair of RayBan sunglasses valued at $189. Barker then allegedly went on to enter a garage attached to a residence on West Songer Street and climbed into the back seat of a vehicle in the garage where she fell asleep and was discovered by the homeowner. Barker was arrested on three charges of burglary, two charges of aggravated burglary, two charges of aggravated criminal trespass, and one charge of theft of property. She was booked into the Wayne County Jail on $182,500.00 bond. 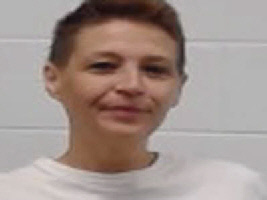 Ronnie Lee Holland, age 36, of Florence, AL was arrested on Thursday, May 12 on charges of vandalism over $1,000, burglary, aggravated burglary, and two counts of theft of property over $1,000. According to the reports filed by Investigator Matt Retherford, between the dates of March 1 and March 18, 2022, Holland allegedly entered a residence and an enclosed building on Second Creek Road in Lutts without the owner’s permission. Holland allegedly stole miscellaneous portable appliances valued at approximately $2,725 from inside the residence, and a Kawasaki Mule valued at $6,000 from the outbuilding. Holland was arrested and booked into the Wayne County Jail $127,500.00 bond. 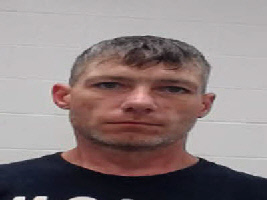 Jason Matthew Martin, age 39, of Collinwood was arrested on Thursday, May 12 following an alleged incident with a female. Deputy James Brock filed a report stating that he was dispatched to a residence on Bear Creek Road where he took a statement from a female who said that Martin, her boyfriend, shot her in the back with a blank round from a .38 revolver. The female also alleged that Martin destroyed her bedroom at a residence on Walker Johnson Road, and took her 2003 Hyundai car without her permission. Martin was arrested on charges of aggravated domestic assault, vandalism, and joyriding, and was booked into the Wayne County Jail on $55,000.00 bond. 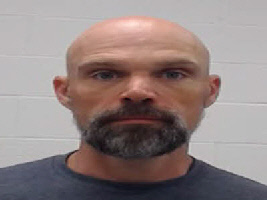 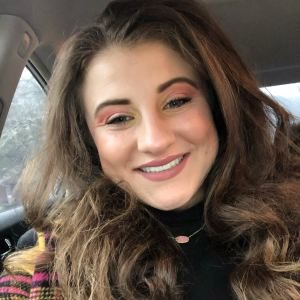