Jarrod McKinley Keeton, age 33, and Kayla Michelle Stults, age 32, both of the same address in Collinwood, were arrested on multiple drug and firearm related charges. Stults was booked into the Wayne County Jail on Monday, August 22, and Keeton was booked in on Tuesday, August 23.

Officer Darren Pounders of the Waynesboro Police Department filed a report stating that he performed a traffic stop on a vehicle driven by Keeton for window tinting being too dark. Officer Pounders stated that there was an alleged odor of marijuana coming from the vehicle, and he proceeded to conduct a search of the vehicle. At that time, Keeton was placed under arrest for outstanding active warrants from Collinwood, including simple possession/casual exchange, theft of property under $1,000, felony possession of drug paraphernalia, and possession of prohibited weapons (a sawed-off shotgun). Those warrants were filed by Investigator Dale Palmer of the Collinwood Police Department.

The search of Keeton’s vehicle allegedly revealed approximately one gram of marijuana, approximately 1.9 grams of methamphetamine, a glass pipe used for smoking marijuana, and a glass pipe containing meth residue. Keeton also allegedly performed poorly on field sobriety tests, and refused a blood draw. He was placed under arrest on the outstanding warrants along with charges of DUI 2nd offense, possession of a handgun while under the influence, violation of implied consent law, simple possession./casual exchange, possession of unlawful drug paraphernalia, and possession of schedule II meth with intent. Keeton was booked into the Wayne County Jail with no bond.

Stults was arrested on outstanding warrants from the Collinwood Police Department, including possession of prohibited weapons (a sawed-off shotgun), simple possession/casual exchange, felony possession of drug paraphernalia, and theft of property $10,000-$25,000. In addition to the sawed-off shotgun, Stults was also allegedly in possession of a revolver reported stolen from Florence, AL. She was booked into the Wayne County Jail on $47,500.00 bond. 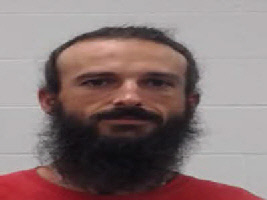 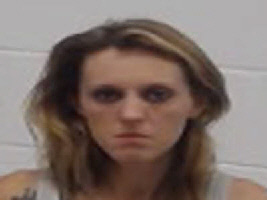 FCA Fields of Faith is Sunday, October 2nd in Collinwood